240 units would be built in south Bend

By BRENNA VISSER The Bulletin 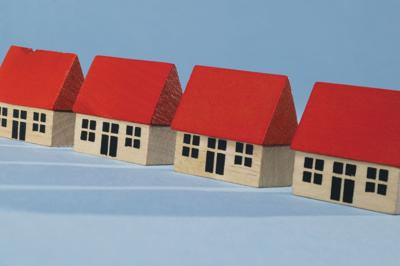 More affordable housing could be on its way to Bend’s south side.

Wishcamper Development Partners, which is based in Missoula, Montana, is proposing a 240-unit apartment complex adjacent to the Bend Parkway at Pinebrook Boulevard. The complex would be called Stillwater Crossing.

The goal is to start construction this fall and have the project completed by April of 2022, according to Tyson O’Connell, a representative from Wishcamper Development Partners, who spoke to the Deschutes County Commission on Wednesday.

The apartments would be for individuals or families making 60% of the area median income, which means a single person making $32,000 a year or a household of three making $42,000 a year, would qualify.

“It’s about 22% lower than market rent for a similar thing,” O’Connell said.

But the project, which is estimated to cost about $49 million, will only pencil out if the city of Bend waives system development charges and it receives a property tax exemption that would last 20 years, O’Connell said.

“Without the property tax exemption the project will not go forward because it was designed, both in unit count and unit mix, assuming there would be a $257,903 savings in property tax,” O’Connell wrote in a letter to the county. “The savings transfer directly to the residents in the 240 affordable units.”

On Wednesday, O’Connell asked the County Commission to consider the exemption.

In order to get an exemption, more than half of the taxing entities — like the county, Bend Park & Recreation District, school districts and others — in Bend would have to agree.

If the developers were to get the exemption, the county would lose out on about $40,000 a year in property tax revenue, County Administrator Tom Anderson said Wednesday.

The commission will consider the request during a meeting next week, but so far, Commissioner Tony DeBone said he was supportive.

“Affordable housing is going to be very important. That south part of Bend will be a growing place for many years,” DeBone said.